February 10, 2017
News
Off
by Charlie Taylor
Crown Melbourne Gets Approval For Building Australia’s Tallest Tower March 5, 2020 Charlie Taylor
Australian casino operator Crown Resorts recently announced that it has received approval from the government of Victoria to build a A$1.75 billion 90-storey, 323-metres high tower that will become Melbourne’s as well as Australia’s tallest building. The Southbank site which … 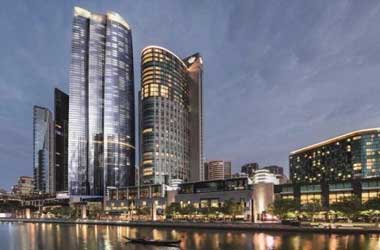 Australian casino operator Crown Resorts recently announced that it has received approval from the government of Victoria to build a A$1.75 billion 90-storey, 323-metres high tower that will become Melbourne’s as well as Australia’s tallest building.

The Southbank site which hosts the Crown Melbourne casino will be further expanded by eight hectares for the development of a luxurious 6-star hotel having 388 rooms and over 700 apartments.

State Premier Daniel Andrews said that the project was significant since it would create over 4,000 jobs – 3000 during construction and the rest after the hotel becomes operational.

In a statement Andrews said,

It's not just about height though, the quality of this design outcome, particularly the public realm benefits that will be accessible for all Victorians, really mark this out as a very, very special project

The approval came from Planning Minister Richard Wynne after 12 months of consultation with the developer and the Melbourne City Council. The new tower is expected to generate over A$2.1 billion in associated economic benefits.

A Melbourne City councilor, Rohan Leppert has however pointed out that the tower’s design is going against planning regulations introduced by Wynne last year . He highlighted the enormous impact on the surroundings includingthe nearby Queensbridge Street as a result of the immense size of the tower.

Leppert alleged that the government had set aside over two years of planning policy work, research, and consultations to introduce new rules that enabled Crown’s proposal to receive approval. He also questioned why the public did not get a chance to provide their inputs. Wynne had modified the planning regulations to facilitate approval for the tower’s plans, instead of following the usual process of seeking feedback from the Melbourne City Council.

RMIT Planning expert Michael Buxton also agreed that Crown had created project specifications on its own. Under the deal, Crown along with the developer Schiavello Group will contribute $100 million to a community fund that will be used for upgrading Queensbridge Square with an investment of $25 million. Another $15 million will be sent towards renovation of the nearby Sandridge rail bridge.

Construction of the complex is expected to start by 2018 and will take around six years to complete. The new addition will have no gaming facilities but will be connected to the existing casino through a footbridge. Todd Nisbeta senior executive with Crown Resorts has stated recently that the casino’s existing hotels were at over 90 percent occupancy and that the new hotel will also experience full occupancy given the existing demand.