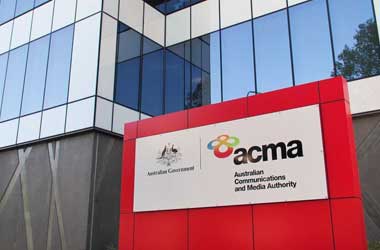 This comes as another move on the part of ACMA to stomp other illegal gambling sites working in Australia. The ISPs already blocked several sites recently, and now four more are on the chopping blocks. These four are Pokie Place, Bao Casino, Ozwin Casino and Reels of Joy.

The last major blocking came in February when ISPs blocked 18 websites deemed to be operating illegally in Australia.

After a detailed investigation, ACMA concluded that these four websites have breached the 2001 Interactive Gambling Act and are thus operating illegally in the country. Therefore, the only solution is for ISPs to block the sites entirely so no one in Australia can access them.

Once a player tries to access a blocked site, they are immediately greeted by an informative message that appears on their screen telling them that the site is blocked and cannot be used.

ACMA started their investigation as they have received many complaints that players have initiated against these online casinos. The regulators from ACMA concluded that players were being enticed to play more and spend more money, even if they didn’t have enough to do so. This is besides the fact as these sites are still breaching major Australian gambling laws.

As has been the case by now, blocking domains is still one of the main ways Australia can use to effectively combat offshore gambling sites that are not respecting their rules.

ACMA first used this measure in November 2019, when they blocked as many as 263 offshore gambling sites.

New rules came into effect before that. More specifically, in 2017, Australia imposed new rules and regulations on foreign gambling operators. The Australian market removed about 130 illegal sites then.

ACMA is clear on why it’s taking such measures. It believes that blocking illegal offshore gambling sites sends a clear sign to the public that illegal gambling services are there, and they need to be careful when joining gambling websites.

Naturally, this doesn’t mean players should avoid offshore sites. On the contrary, they only need to be more careful when searching for sites to avoid the bad ones. This is where the ACMA helps and our exclusive real money casinos. They have blocked the ones they found working against the players’ interests. However, they can’t catch all on their own, so players need to be additionally careful.

ACMA also believes these illegal sites breach Australian regulations and are highly unlikely to have favourable protections for their users, which can easily result in players’ data and money being endangered.