June 15, 2015
Off
by Charlie Taylor
> Find Australian Gambling Laws and Regulations For Territories 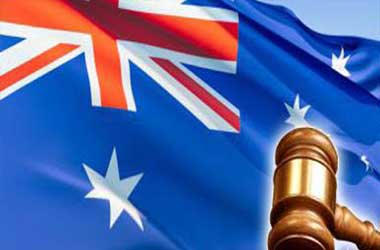 Much like every other major civilised country in the world, gambling is perfectly legal in Australia, however there are some very strict rules in regards to who can gamble and where they can gamble.

Should you be planning a trip to Australia and you are planning on gambling in any way, shape or form on your vacation then please do read through the following section, as you will get a good understanding of each of the different gambling laws and regulations in place.

There are of course Government bodies and licensing authorities who oversee the day to day running of any gambling venue or establishment and that ensures everyone who does visit any type of gambling venue is protected by a robust set of rules and regulations.

A recent study has found that over 80% of the adult population in Australia regularly gamble and that does of course mean the Australian Government does raise a large amount of revenue from gambling duty and gambling taxes imposed on gaming revenues!

Australian Capital Territory – The acts and legislation that covers gambling in all shapes and form in the Australian Capital Territory include the Betting (ACTTAB Limited) Act 1964, the Casino Control Act 2006, the Gaming Machine Act 2004, the Interactive Gambling Act 1998 Lotteries Act 1964 the Pool Betting Act 1964 and also the Race and Sports Bookmaking Act 2001 and the Racing Act 1999.

New South Wales – There are several different acts, laws and legislation covering gambling activities in New South Wales and they include the Betting Tax Act 2001, the Casino Control Act 1992, the Charitable Fundraising Act 1991, the Gambling (Two-Up) Act 1998, the Gaming and Liquor Administration Act 2007.

Other laws and regulation in Queensland include the Gaming Machine Act 1991 the Interactive Gambling (Player Protection) Act 1998 the Jupiter’s Casino Agreement Act 1983 and also the Keno Act 1996 plus the Lotteries Act 1997 and the Wagering Act 1998.

South Australia – In South Australia the gambling industry is governed by a set of very stringent laws and regulations including the Authorised Betting Operations Act 2000 the Casino Act 1997 the Gaming Machines Act 1992 and also the Lottery and Gaming Act 1936 and State Lotteries Act 1966.

Tasmania – The two main pieces of legislation covering gambling in Tasmania are the Gaming Control Act 1993 and also the TT-Line Gaming Act 1993.

Victoria – Let us now look at the laws and regulations in place in Victoria these include the Casino control Act the Casino (Management Agreement) Act 1993 and the Gambling Regulation Act 2003.