March 18, 2016
News
Off
by Charlie Taylor
Queensland Govt To Continue With Integrated Casino Strategy March 5, 2020 Charlie Taylor
The Australian Labor Party which came into power last year in the state of Queensland is continuing with the earlier government’s plan of developing integrated casino resorts in the region. The new state government has made it clear that if … 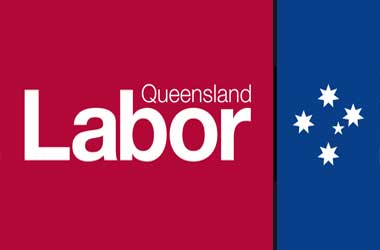 The Australian Labor Party which came into power last year in the state of Queensland is continuing with the earlier government’s plan of developing integrated casino resorts in the region.

The new state government has made it clear that if any of the ongoing casino proposals fall through, the government will continue with the plan and go back to the market.

Three fresh casinos licenses have been offered to the private sector by the previous government led by Campbell Newman in order to encourage development of casino resorts in the region. The government encouraged the development of these casinos resorts with an objective of being able to compete with the casino industry in which would be able to compete with similar facilities in the Middle East and Asia.

State Development Minister Anthony Lynham announced earlier this week that in case any of these proposals falls through, the government will approach the market again for fresh proposals but will continue to work with a strict criteria. The criteria imposed by the state government have specific conditions regarding the minimum capital investment, timeframe for commencing construction and the location of the project.

The criteria specify that for a casino project to commence a substantial investment has to be made and construction must start within 18 months of closing the contract. The proposed development should be located either in a major city or near one, having no less than 150,000 people and be situated within a radius of 70-kilometre from the city center.

Seeking to target international tourists rather than only domestic tourists, the conditions also require the project to have access to either an international airport or an airport that can be upgraded to one. The project location should have a well-developed transport system along with sufficient tourism infrastructure in order to be able to cope with the potential for further growth.

According to Lynham, regions of Mackay, Cairns, Townsville, Rockhampton, the Gold Coast as well as the Sunshine coast would meet the required criteria and can be considered for a new project in case any of the regional licenses become available again.