Melco Could Get Full Ownership Of Crown Resorts Soon

August 29, 2019
News
Off
by Charlie Taylor
Melco Could Get Full Ownership Of Crown Resorts Soon March 5, 2020 Charlie Taylor
Melco Resorts & Entertainment is currently undergoing an inquiry in Australia because of its acquisition of 19.99 percent stake in Crown Resorts, Australia’s premier gambling operator. The inquiry is mostly because of the company’s links to Asian crime syndicates, though … 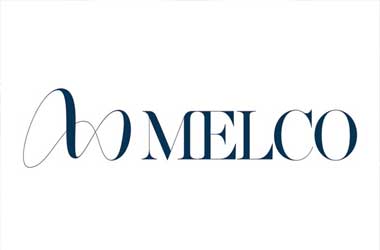 Melco Resorts & Entertainment is currently undergoing an inquiry in Australia because of its acquisition of 19.99 percent stake in Crown Resorts, Australia’s premier gambling operator. The inquiry is mostly because of the company’s links to Asian crime syndicates, though Crown also has also been in the news recently due to chinese money laundering ties.

However, brokerage firm Sanford C Bernstein says that Melco should be able to pass the inquiry and retain its stake in Crown Resorts.

Bernstein analysts believe that once it receives approval, the company will go on to pursue full ownership of Crown Resorts.

The inquiry is being conducted by the NSW Independent Liquor & Gaming Authority. The main focus of the inquiry is to look at Melco’s relationship with criminal syndicates and junket operators. The main reason for this is because of Lawrence Ho who is the CEO and Chairman of Melco Entertainment.

Hong Kong tycoon Lawrence Ho is the son of casino magnate and billionaire Stanley Ho. Crown Resorts was not supposed to have any dealings with him according to a 2014 agreement with the local regulator.

Sandford Bernstein analysts Vitaly Umansky, Eunice Lee and Kelsey Zhu say that though there are news reports circulating that Melco might be denied their acquisition of the 19.99 percent stake in Crown Resorts, there is a good chance that Melco and Lawrence Ho would be cleared. If the regulator does prevent them from acquiring Crown Resorts, it would create a huge problem for Crown Resorts and the gambling industry in Australia.

Can Old Partners Be New Partners?

The analysts pointed out that Crown and Melco have been in partnership before. This was evident in Melco-Crown partnership that saw the launch of integrated casino resorts in Macau and Manila. The partnership between the two firms came to an end in 2017. The main issue right now is the reputation of Stanely Ho and his alleged ties to organised crime. However, Ho has never been arrested for any of these activities and none of the allegations have been proven in a court of law.

Bernstein analysts point out that the senior Ho is now retired and has not played an active role in the gambling industry since 2009. Analysts expect Melco to continue its acquisition of its 19.99 percent shares from former Crown Resorts chairman James Packer. The billionaire still has 26.8 percent of Crown shares left. If Melco acquires this remaining stake, then the company will have 46.8 percent ownership. From there, they can make a move to fully acquire the Australian casino operator!