October 23, 2015
News
Off
by Charlie Taylor
SkyCity Casino General Manager Sudden Resignation Sparks Rumors March 5, 2020 Charlie Taylor
The SkyCity casino in Adelaide, Australia had committed to an expansion program that would cost around $350 million and general manager Aaron Morrison was expected to play a key role in the expansion project. The company had decided to lease … 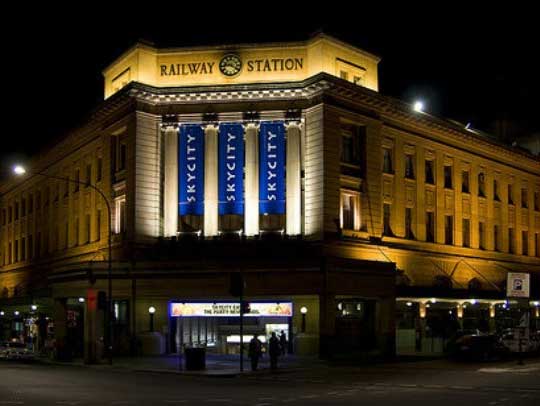 The SkyCity casino in Adelaide, Australia had committed to an expansion program that would cost around $350 million and general manager Aaron Morrison was expected to play a key role in the expansion project.

The company had decided to lease around 750 spaces at the new Festival Centre carpark after it worked out an agreement with the Walker Corporation. The state government had approved the Festival Plaza redevelopment project in March 2015 which is expected to cost around $610 million.

The expansion project of the SkyCity casino was looking to expand both its gaming operations and its hotel. The project was expected to add around 110 gaming tables, 500 new pokie machines and make a significant expansion to luxury hotel rooms. The biggest obstacle to the expansion project was working out a deal with the Walker Corporation but SkyCity confirmed that the two parties managed to work through their differences and reach an agreement.

On the surface it appears that everything is going according to plan for the SkyCity casino project but rumors surfaced recently when the GM Aaron Morrisson decided to confirm his resignation through the Australian Stock Exchange. Morrisson who has been with the company for six years has decided to move on and will stay with the company till the end of the year until a replacement is found.

His sudden resignation in the middle of the expansion project has caused opposition parties to the SkyCity casino to have a field day and question the credibility of the project asking SkyCity management to come clean and give the public an update as to what exactly is going wrong. Rob Lucas Opposition treasury spokesman stated that the state government owed the public an explanation.

In a statement, Lucas said

We have been led to believe there would be a deal in the not-too-distant future from all the previous spin the government has put out on the project, so they need to explain what’s happening with the expansion. The Walker Corporation’s development, Festival Plaza and the casino expansion are all interlinked and the public has a right to know what is happening there on the Riverbank.

Nigel Morrison, the CEO for SkyCity played down all the rumors about Aaron’s resignation and stated that his resignation was due to family reasons because Aaron wanted to re-locate to Melbourne. The CEO thanked Aaron for the outstanding work he has done with SkyCity and wished him well with his future career.