February 12, 2016
News
Off
by Charlie Taylor
Casino Security From Sydney’s Star Casino Accused Of Assault March 5, 2020 Charlie Taylor
Security guards at The Star casino in Sydney have been accused of assaulting a guest after an argument took place at the casino. A formal complaint has been lodged with the police by the victim regarding the conduct of the … 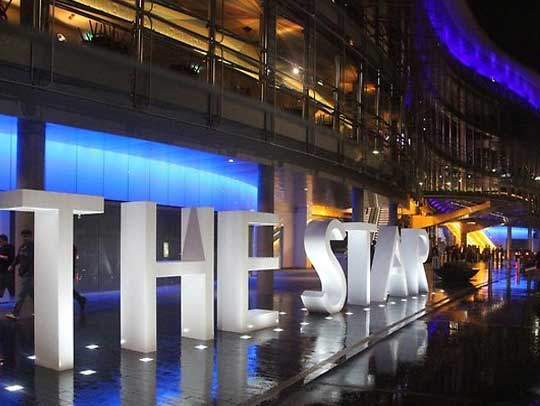 Security guards at The Star casino in Sydney have been accused of assaulting a guest after an argument took place at the casino.

A formal complaint has been lodged with the police by the victim regarding the conduct of the guards and the way he was manhandled.

The injured guest, Julien was allegedly beaten up by security staff at the casino after his friend refused to adhere to the casino’s rules on drinking.

Julien and his friends were at the Rock Lily music bar at the Star casino when one of his friends decided to drink champagne from the bottle, which is against the casino’s responsible service of alcohol (RSA) rules. The subsequent argument escalated into a scuffle when Julien started filming the removal of his friend by the casino staff for violating the rules.

According to Julien, he was knocked down after a verbal exchange with casino security staff.

He has claimed that the assault was so brutal that one of his legs has been fractured. He has also said that due to the severity of the assault he would not be able to work for the next six weeks.

A video of the assault has been aired on Pedestrian TV. The video which runs for around five minutes, shows a man being held down by guards before being taken out of the casino’s premises. Police have also confirmed that an alleged assault was reported on February 7 at The Star casino in Pyrmont around 1.30am.

The Star casino has acknowledged the video and has issued a statement that the dispute arose because of abuse directed at their staff for asking the guests to pour the contents of the champagne bottle into glasses as per their RSA rules. These government-issued RSA guidelines help licensed premises to ensure a safe and enjoyable environment and in dealing with challenging situations.

In a statement, a spokesman for The Star said,

The Star is currently conducting an internal review into an incident on Saturday night. The incident involved the removal from the premises of an individual who became involved when Security staff approached another member of his group who had reportedly directed abuse towards a food and beverage attendant. The behaviour of concern included foul language and a security supervisor stated he was assaulted. Requests to leave the venue were also ignored.

The spokesman added that the man was treated for his injuries by the 24-hour on-site medics, saying that safety of its guests is of paramount importance. Star Casino was in the news last month when the Australia authorities began cracking down on cases of money laundering occurring in its casinos.