June 13, 2016
News
Off
by Charlie Taylor
Canberra Casino Reopened After Extensive Refurbishment March 5, 2020 Charlie Taylor
Canberra casino was relaunched last week after the completion of a $14 million renovation project. Casino operator Aquis Entertainment along with Cox Architecture hosted an opening party with over 600 guests in attendance. Proceeds from the party will go towards … 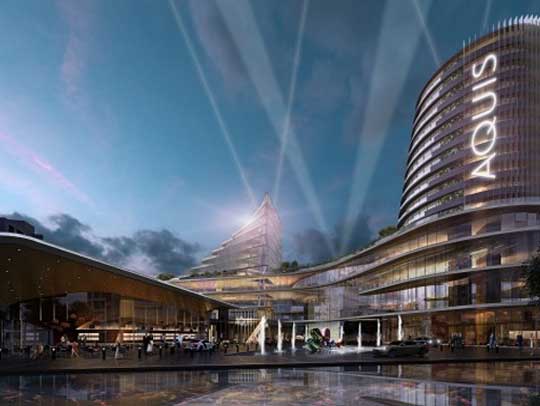 Canberra casino was relaunched last week after the completion of a $14 million renovation project. Casino operator Aquis Entertainment along with Cox Architecture hosted an opening party with over 600 guests in attendance. Proceeds from the party will go towards Lifeline Canberra and the Ricky Stuart Foundation.

Canberra casino manager Rhiannon Bach said that the refurbishment would be a pleasant surprise to many. Bach has moved from a major casino in Macau to take over the operations of Canberra Casino.

In a statement Bach said,

Quite frankly, this casino is unrecognisable from what it used to. I will be blunt, when I came to this casino from Macau I thought to myself this is the worst casino I have ever seen in my life. But it has potential and the opportunity to do this refurbishment was a chance to create space worthy of the nation's capital

Bach noted that with international flights being added to Canberra Airport, the region and the casino would now draw a greater number of tourists. The refurbishment is part of the $330 million proposal by Aquis Entertainment to build a casino complex in Canberra featuring two hotels, restaurants as well as additional retail and entertainment offerings. According to Aquis, the casino resort will attract up to 75,000 additional visitors to Canberra on a yearly basis. A large number of these visitors are expected to be Chinese high-rollers who are a key tourist segment for Australia.

The ACT government recently granted approval for 200 pokie machines to the Canberra casino in a move widely criticized by the community clubs located in the region as prior to the approval, the clubs had exclusive rights over pokie machines. These pokie machines would need to be purchased from the clubs under a trading scheme. Aquis had made pokie machine licenses a central demand to its proposal, asking the government to approve 500 machines.

The clubs depend on these pokie machines for their revenue which is largely utilized for community development projects. Executives from clubs in the region have repeatedly said that allotting pokie machines to the casino would impact the survival of the clubs and also affect the communities negatively.

Given the government’s decision, many clubs are now looking at alternate options. The Canberra Vikings Group has in fact already proposed plans to revamp operations amidst falling gaming revenue and the development of the new casino.

Bach said that the renovated casino provided a sneak peek into what will be unveiled in the coming days as a part of the redevelopment project. She highlighted the superior quality of the refurbishment and said that the casino showcased the future of the gambling industry in Canberra.