December 23, 2015
News
Off
by Charlie Taylor
ACT Greens Leader Considering Supporting Pokie Machines March 5, 2020 Charlie Taylor
Pokie machines in Australia are one of the common pastimes that Aussies love to indulge in and gambling laws in most states allow bars, clubs and malls to offer pokie machines to the Australian public. There has been opposition to … 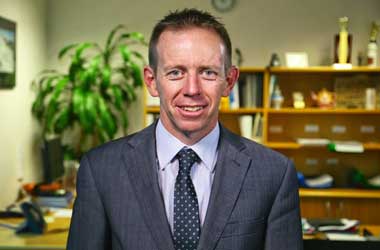 Pokie machines in Australia are one of the common pastimes that Aussies love to indulge in and gambling laws in most states allow bars, clubs and malls to offer pokie machines to the Australian public. There has been opposition to these gambling laws in the past as some parties believe that all gambling related services must be restricted to the premises of a casino.

This view is shared by Shane Rattenbury, the ACT Greens leader who believes that it would be in the best interest of everyone if pokie machines were restricted to casinos and not made available in suburban clubs. Rattenbury recently asked his party to consider moving forward with this change, a move that the liberals are strongly opposed to.

Rattenbury and his group become critical decision makers in the ACT Parliament as the vote is in the balance and a decision by Rattenbury will help in formulating a final policy. During the last election, the Greens decided to support the restriction of pokie machines as they did not want not-for-profit clubs to be able to offer these services.

Rattenbury was concerned over the possibility of increasing the number of problem gamblers in Australia as it was hard to police thousands of venues and ensure that strict gambling protocol is being followed. If pokie machines were allowed all over Australia, it could increase the pressure on problem gamblers and make it very difficult for them to receive help with their addiction.

In a statement, Rattenbury said

That does raise interesting questions about is it best to have a whole range of venues spread throughout the suburbs where people can access poker machines, or is it better to have perhaps a smaller number of venues in concentrated locations. Clubs in the suburbs are positioned as family venues and families are invited to come to the clubs and yet there’s a heavy presence of poker machines, it creates normalization around poker machines …