December 4, 2019
News
Off
by Charlie Taylor
Experts Say More Corruption Possible With New Gambling Rules in Tasmania March 12, 2020 Charlie Taylor
The Australian island state of Tasmania wanted to generate more income from its gambling industry and came up with the idea of imposing a consumption tax on the gambling industry. This proposal was strongly opposed by gambling operators during its … 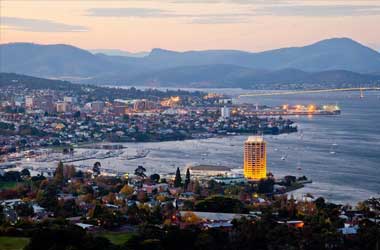 This proposal was strongly opposed by gambling operators during its drafting and enactment.

The consumption tax may be just the first step that the government of Tasmania has planned as it looks to assert itself and gain more control over the gambling industry. Currently in the works are new gambling rules and regulations that industry experts fear will lead to more corruption.

For roughly the last 50 years, the Federal Group has held a monopoly on gambling machines and casino gaming in Tasmania. The Hodgman Liberal government, in anticipation of the expiration of the Federal Group’s monopoly in 2023, has made plans to implement new regulations in 2020 to reinstate free competition in the gambling industry. However commendable the government’s stated intentions are regarding the new rules, experts have warned that the government’s methods may lead to more of what they are claiming to curtail and that is corruption, in the form of backroom deals.

Instead of the standard process of companies submitting their bids and applications to regulators, who will select the best offers, Tasmania’s new gambling rules will not allow for no tender process, no companies bidding against each other, and not permit new gambling operators to establish themselves in the state.

For instance, though Tasmania has stated that licenses for two high-roller casinos will be up for bidding, only one is actually in the running because David Walsh, who founded the Museum of Old and New Art in Tasmania has already been granted one license.

Gambling policy experts have weighed in on this development with stern warnings. They claim that Tasmanian gambling policy has always been rife with backroom deals and the new gambling policies, instead of addressing the issues and valuing transparency, has doubled down on the opacity of the gambling laws.

Rejecting an open bidding process would make the gambling industry in Tasmania more susceptible to the ills of corruption and money laundering, which would only create further problems for the industry down the line.

Experts argue that the lack of a tender process would cost the government millions due to the lack of open bidding. However, a government spokesperson rebuts this argument, claiming that any possible loss would be recouped by higher tax rates and a per-machine license.