Poll Shows Canberra Residents Are In Favor Of Poker Reform

August 1, 2017
News
Off
by Charlie Taylor
Poll Shows Canberra Residents Are In Favor Of Poker Reform March 5, 2020 Charlie Taylor
A new poll has shown that a majority of Canberra residents are desirous of major gaming reform including capping poker machines to $1 spins and introducing mandatory pre-commitment. The poll was conducted by market research firm Reachtel on behalf of … 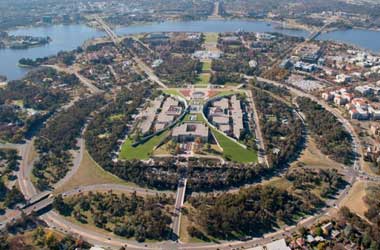 A new poll has shown that a majority of Canberra residents are desirous of major gaming reform including capping poker machines to $1 spins and introducing mandatory pre-commitment.

The poll was conducted by market research firm Reachtel on behalf of Anglicare and the Canberra Gambling Reform Alliance on July 20 and surveyed around 700 people.

The findings come against the backdrop of Hong Kong-based casino operator Aquis Entertainment receiving approval to proceed with the redevelopment of Canberra Casino. The casino will feature 200 poker machines or pokies which so far had been a monopoly of local clubs.

The poll has revealed that residents are most concerned about the amount of money that can be spent on poker machines and not as much about their availability itself. According to the findings, 43 percent of those surveyed want a significant decrease in the number of pokies available in their local community while 31 percent said that the numbers should stay the same. Of those covered, 17 percent stated that they had played on poker machines in the past two months. The largest segment of players was in the age group of 18-24 years.

However around 70 percent said that poker machines do more harm than good and 78 percent wanted the cash spent on machines to be restricted to A$250 a day in the clubs.

In a statement, Jeremy Halcrow, CEO of Anglicare said

Support for gambling reform in the ACT crosses party lines. This shows that gambling reform is not a matter of partisan politics, it is a matter of public health and safety. It is very clear that Canberrans are sceptical that the clubs will distribute the proceeds from poker machines in the most appropriate way. We strongly believe that the ACT government must put in place an independent body that is not captured by industry.

The poll findings are likely to give a boost to opposition party Greens, who have promised to support the proposal to have poker machines in the casino provided gaming laws are changed. Greens want the laws to be amended and have a mandatory pre-commitment and restrict the amount of money spent on poker machines.

Currently gamblers can spend with no limits, with spins going up to $10 each Canberra Gambling Reform Alliance co-chairwoman Rebecca Vassarotti and a former Greens candidate has said that the poll results should trigger reform in the gaming sector. She stated that the prevention measures currently present in the state were far weaker than those in other countries.